The word photography derives from the Greek words phōs (genitive: phōtós) light, and gráphein, to write. The word was coined by Sir John Herschel in 1839.

A camera obscura box used for drawing images Photography is the result of combining several different technical discoveries. Long before the first photographs were made, Chinese philosopher Mo Ti and Greek mathematicians Aristotle and Euclid described a pinhole camera in the 5th and 4th centuries BC. In the 6th century CE, Byzantine mathematician Anthemius of Tralles used a type of camera obscura in his experiments Ibn al-Haytham (Alhazen) (965–1040) studied the camera obscura and pinhole camera, Albertus Magnus (1193/1206-1280) discovered silver nitrate, and Georges Fabricius (1516–1571) discovered silver chloride. Daniel Barbaro described a diaphragm in 1568. Wilhelm Homberg described how light darkened some chemicals (photochemical effect) in 1694. The novel Giphantie (by the French Tiphaigne de la Roche, 1729–1774) described what can be interpreted as photography.

The first permanent photograph (later accidentally destroyed) was an image produced in 1826 by the French inventor Joseph Nicéphore Niépce. His photographs were produced on a polished pewter plate covered with a petroleum derivative called bitumen of Judea, which he then disolved in white petroleum. Bitumen hardens with exposure to light. The unhardened material may then be washed away and the metal plate polished, rendering a positive image with light regions of hardened bitumen and dark regions of bare pewter . Niépce then began experimenting with iron compounds based on a Johann Heinrich Schultz discovery in 1724 that an iron and chalk mixture darkens when exposed to light.

In partnership, Niépce (in Chalon-sur-Saône) and Louis Daguerre (in Paris) refined the existing silver process. In 1833 Niépce died of a stroke, leaving his notes to Daguerre. While he had no scientific background, Daguerre made two pivotal contributions to the process. He discovered that exposing the silver first to iodine vapour before exposure to light, and then to mercury fumes after the photograph was taken, could form a latent image. Bathing the plate in a salt bath then fixes the image. On January 7, 1839 Daguerre announced that he had invented a process using silver on a copper plate called the daguerreotype. The French government bought the patent and immediately made it public domain.

After reading about Daguerre's invention, Fox Talbot worked on perfecting his own process; in 1839 he acquired a key improvement, an effective fixer, from John Herschel, the astronomer, who had previously showed that hyposulfite of soda (also known as hypo, or now sodium thiosulfate) would dissolve silver salts. Later that year, Herschel made the first glass negative.

A calotype print showing the American photographer Frederick Langenheim (circa 1849). Note, the caption on the photo calls the process Talbotype By 1840, Talbot had invented the calotype process. He coated paper sheets with silver chloride to create an intermediate negative image. Unlike a daguerreotype, a calotype negative could be used to reproduce positive prints, like most chemical films do today. Talbot patented this process, which greatly limited its adoption. He spent the rest of his life in lawsuits defending the patent until he gave up on photography. Later George Eastman refined Talbot's process, which is the basic technology used by chemical film cameras today. Hippolyte Bayard had also developed a method of photography but delayed announcing it, and so was not recognized as its inventor.

In 1839, John Herschel made the first glass negative, but his process was difficult to reproduce. Slovene Janez Puhar invented a process for making photographs on glass in 1841; it was recognized on June 17, 1852 in Paris by the Académie Nationale Agricole, Manufacturière et Commerciale. In 1847, Niépce St. Victor published his invention of a process for making glass plates with an albumen emulsion; the Langenheim brothers of Philadelphia and John Whipple of Boston also invented workable negative-on-glass processes in the mid 1840s.

Roger Fenton's assistant seated on Fenton's photographic van, Crimea, 1855. Herbert Bowyer Berkeley experimented with his own version of collodian emulsions after Samman introduced the idea of adding dithionite to the pyrogallol developer. Berkeley discovered that with his own addition of sulfite, to absorb the sulfur dioxide given off by the chemical dithionite in the developer, that dithionite was not required in the developing process. In 1881 he published his discovery. Berkeley's formula contained pyrogallol, sulfite and citric acid. Ammonia was added just before use to make the formula alkaline. The new formula was sold by the Platinotype Company in London as Sulpho-Pyrogallol Developer.

Popularization Mid 19th century "Brady stand" photo model's armrest table, meant to keep portrait models more still during long exposure times (studio equipment nicknamed after the famed US photographer, Mathew Brady). A photographer appears to be photographing himself in a 19th-century photographic studio. (c. 1893) General view of The Crystal Palace at Sydenham by Philip Henry Delamotte The daguerreotype proved popular in responding to the demand for portraiture emerging from the middle classes during the Industrial Revolution This demand, that could not be met in volume and in cost by oil painting, added to the push for the development of photography.

In 1847, Count Sergei Lvovich Levitsky designed a bellows camera which significantly improved the process of focusing. This adaptation influenced the design of cameras for decades and is still found in use today in some professional cameras. While in Paris, Levitsky would become the first to introduce interchangeable decorative backgrounds in his photos, as well as the retouching of negatives to reduce or eliminate technical deficiencies. Levitsky was also the first photographer to portray a photo of a person in different poses and even in different clothes (for example, the subject plays the piano and listens to himself).Roger Fenton and Philip Henry Delamotte helped popularize the new way of recording events, the first by his Crimean war pictures, the second by his record of the disassembly and reconstruction of The Crystal Palace in London. Other mid-nineteenth-century photographers established the medium as a more precise means than engraving or lithography of making a record of landscapes and architecture: for example, Robert Macpherson's broad range of photographs of Rome, the interior of the Vatican, and the surrounding countryside became a sophisticated tourist's visual record of his own travels.

By 1849, images captured by Levitsky on a mission to the Caucasus, were exhibited by the famous Parisian optician Chevalier at the Paris Exposition of the Second Republic as an advertisement of their lenses. These photos would receive the Exposition's gold medal; the first time a prize of its kind had ever been awarded to a photograph.

That same year in 1849 in his St. Petersburg, Russia studio Levitsky would first propose the idea to artificially light subjects in a studio setting using electric lighting along with daylight. He would say of its use, "as far as I know this application of electric light has never been tried; it is something new, which will be accepted by photographers because of its simplicity and practicality".

In 1851, at an exhibition in Paris, Levitsky would win the first ever gold medal awarded for a portrait photograph.

In America, by 1851 a broadside by daguerreotypist Augustus Washington were advertising prices ranging from 50 cents to $10.However, daguerreotypes were fragile and difficult to copy. Photographers encouraged chemists to refine the process of making many copies cheaply, which eventually led them back to Talbot's process.

Ultimately, the modern photographic process came about from a series of refinements and improvements in the first 20 years. In 1884 George Eastman, of Rochester, New York, developed dry gel on paper, or film, to replace the photographic plate so that a photographer no longer needed to carry boxes of plates and toxic chemicals around. In July 1888 Eastman's Kodak camera went on the market with the slogan "You press the button, we do the rest". Now anyone could take a photograph and leave the complex parts of the process to others, and photography became available for the mass-market in 1901 with the introduction of the Kodak Brownie.

In the twentieth century, photography developed rapidly as a commercial service. End-user supplies of photographic equipment accounted for only about 20 percent of industry revenue. For the modern enthusiast photographer processing black and white film, little has changed since the introduction of the 35mm film Leica camera in 1925.

The first digitally scanned photograph was produced in 1957. The digital scanning process was invented by Russell A. Kirsch, a computer pioneer at the National Institute of Standards and Technology. He developed the system capable of feeding a camera's images into a computer. His first fed image was that of his son, Walden Kirsch. The photo was set at 176x176 pixels.

Color process First color image, photograph by James Clerk Maxwell, 1861. Although color photography was explored throughout the 19th century, initial experiments in color resulted in projected temporary images, rather than permanent color images. Moreover until the 1870s the emulsions available were not sensitive to red or green light.

The first color photo, an additive projected image of a tartan ribbon, was taken in 1861 by the Scottish physicist James Clerk Maxwell. Several patentable methods for producing images (by either additive or subtractive methods, see below) were devised from 1862 on by two French inventors (working independently), Louis Ducos du Hauron and Charles Cros. Practical methods to sensitize silver halide film to green and then orange light were discovered in 1873 and 1884 by Hermann W. Vogel, but full sensitivity to red light was not achieved until the early years of the 20th century.

The first fully practical color plate, Autochrome, did not reach the market until 1907. It was based on a screen-plate method, the screen (of filters) being made using dyed dots of potato starch. The screen lets filtered red, green or blue light through each grain to a photographic emulsion in contact with it. The plate is then developed to a negative, and reversed to a positive, which when viewed through the screen restores colors approximating the original.

Other systems of color photography included that used by Sergei Mikhailovich Prokudin-Gorskii, which involved three separate monochrome exposures ('separation negatives') of a still scene through red, green, and blue filters. These required a special machine to display, but the results are impressive even by modern standards. His collection of glass plates was purchased from his heirs by the Library of Congress in 1948, and is now available in digital images.

Development of digital photography Main article: Digital photography A Canon PowerShot A95 The charge-coupled device (CCD) is the most important invention for digital photography. It was invented in 1969 by Willard Boyle and George E. Smith at AT&T Bell Labs. The lab was working on the Picturephone and on the development of semiconductor bubble memory. Merging these two initiatives, Boyle and Smith conceived of the design of what they termed 'Charge "Bubble" Devices'. The essence of the design was the ability to transfer charge along the surface of a semiconductor.

The web has been a popular medium for storing and sharing photos ever since the first photograph was published on the web by Tim Berners-Lee in 1992 (an image of the CERN house band Les Horribles Cernettes). Today popular sites such as Flickr, Picasa and PhotoBucket are used by millions of people to share their pictures. 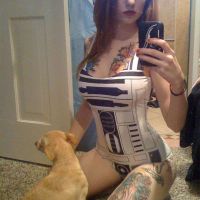 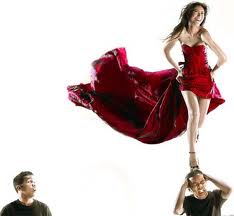 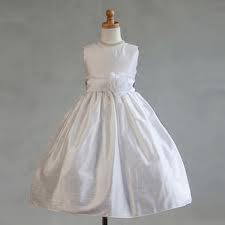 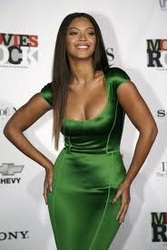 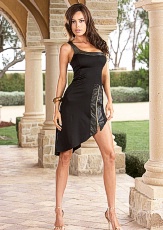 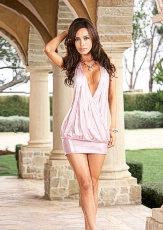 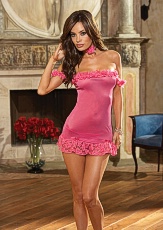 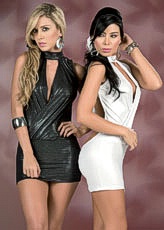 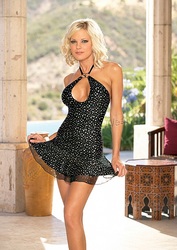 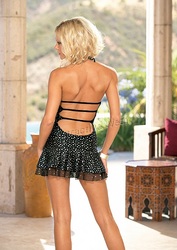 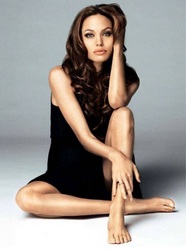 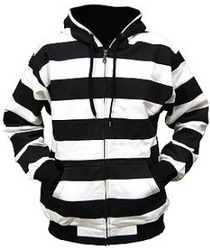