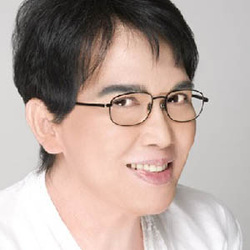 Fashion designer, beauty stylist and actor Fanny Serrano has become a white hot commodity again these days.
He Would been very busy doing his schedule on his indie gay movie titled "Tarima"(lovenest) which is successfully passed at CCP Theater,followed by UP Cine Adarna premiere of his movie last September 11.

Despite with all the buzz from the said movie,Serrano seems a lil nervous about selling tickets.Just imagine filling up the 800 seater theater,whew, that's not a joke ha !.The movie will be regularly run starting October followed by "Muli"another indie gay movie.ABS-CBN offer him also to do a semi-regular appearance on "Magkaribal" Ms.Gretchen Barretto and Ms.Bea Alonzo's teleserye  he did like the role but ,Pep also rerported that he had to decline the offer becausehe and the network did not come to an agreement.He said it was not about the talent fee.The reason is,problem came with the fact that the taping scheduled day after the offer was given,and he was not prepared anything makes him think the offer is not really intended for him.I was mindful even on a very smallest detail,that's what i want to let them know.Thinking about my wardrobes,at lahat ng presyo ay nagtaasan na sa ngayon.I'm  not fully prepared that's all ,so i turned down the offer.At least makakapagfocus na ako sa "Tarima"events bago ang regular run nito Serrano stated.

But despite declining the role on the TV show, Serrano’s schedule remains unbelievably tight. And much to the delight of people who have known him for a long time, Serrano still hasn’t turned his back on being Sharon Cuneta’s hairstylist and make-up artist. In fact, in between the CCP screening of “Tarima” (August 28) and the UP premiere (September 11), Serrano is scheduled to do work for the last few tapings of Cuneta’s show, “Sharon.”

As reported, by Sept. 15 onwards, Serrano will likewise join Cuneta as her official hair and make up artist for the Megastar’s European concert tour. Cuneta and Serrano will be bound for Zurich, Switzerland on the 15th, with a fan meet-and-greet the next day.

By the 18th, there will be a show at the Schutzenhaus Albisgutli, after which they will take a land trip to Monaco where they will have a show on the 19th at the Rainier 111 Auditorium. The entourage will fly back from Europe to Manila on the 22nd.

Serrano’s schedule does not get lighter after coming back from Europe. He is slated to come out in another love drama, starring Richard Gutierrez and Anne Curtis, tentatively entitled “Natasha.” The movie, which will be produced by Viva Films, is scheduled to start shooting by the end of September, throughout October 2010.

But even then, Serrano is worried his shoot schedule would conflict with another one of his important commitments—that of event organizer of the annual hair and make-up competition of the Philippine International Cosmetologist Association (PICA).

While the Grand Finals wouldn’t be until February 22 and 23 next year, Serrano has to supervise the details for the regional competitions in key cities like Zamboanga, Nueva Ecija, Bacolod, Bicol, Butuan, Davao and General Santos the whole month of October this year.